SOUTH SOMERSET NEWS: Do not try this at home – potentially dangerous fun in the snow 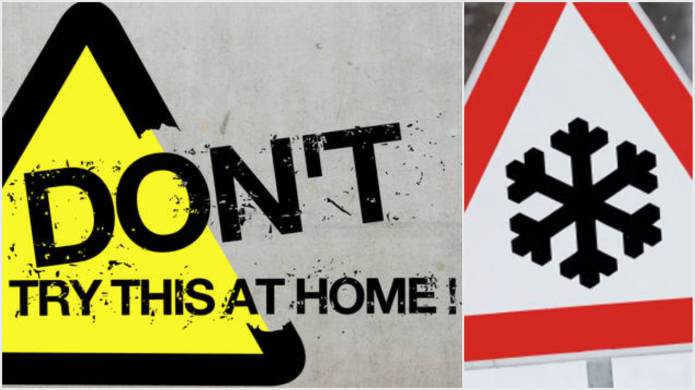 POLICE in South Somerset have advised people against doing get up to any foolhardy antics in the snow.

Although the police do not want to be seen as kill joys and would encourage people to play safely in the snow – some things are just not sensible such as sitting on a sledge and being towed along by a car.

A police spokesman on the South Somerset police’s Twitter feed said on Friday (March 2, 2018) evening: “Report into the control room that two males are being towed on a sledge by a car – please think before you act - #dontrythisathome.”

CHARD NEWS: Burglary suspect arrested thanks to witness and PCSO

CHARD NEWS: TKD Together gets support from Chard's Masonic Lodge

CHARD NEWS: Woman punched in face while being mugged